G4S is a huge British security company that provides equipment and services to Israeli prisons at which political prisoners are held without trial and subjected to torture.

G4S is a huge British security company that provides equipment and services to Israeli prisons at which political prisoners are held without trial and subjected to torture.

By helping Israel to run five prisons and 'interrogation centres', G4S is participating in Israel’s use of torture and mass incarceration of more than 6,000 Palestinians as a way to discourage Palestinians from resisting its Apartheid policies.

G4S also has contracts with the Israeli government to provide equipment and services to checkpoints that make up the Apartheid wall, crossings that enforce the siege of Gaza and Israeli Police stations. G4S guards operate at various Israeli military bases.

In 2012, at the height of a historic hunger strike by Palestinian political prisoners, Palestinian organisations called for action to hold G4S accountable for its role in Israel’s prisons.

– universities in Oslo and Bergen refused to give G4S contracts over its role in Israel’s prison system following student campaigns. In the UK, at least five student unions voted to cancel contracts with G4S, and students successfully pressured two other universities not to renew contracts with the company

– major charities in South Africa, the Netherlands and elsewhere terminated contracts with G4S

– the US Methodist Church, the largest protestant church in the US, divested from G4S after coalition campaigning brought the issue to a vote.

Facing mounting international pressure, G4S announced in 2014 that G4S “did not expect to renew” its contract with the Israeli Prison Service when it expires in 2017, and it has also said it will end some aspects of its involvement in illegal Israeli settlements.

However, G4S continues to profit from Israel’s abhorrent prison system and has not withdrawn from any of its contracts with Israel. A company that commits serious human rights abuses cannot be trusted to keep its word. The campaign against G4S must continue until it entirely ends its role with the Israeli Prison Service and all aspects of Israel’s Apartheid regime.

FIND OUT MORE ABOUT STOPPING G4S 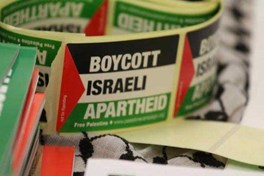 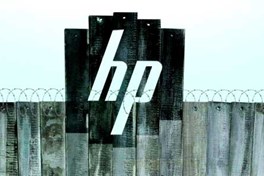 Why you should boycott Hewlett Packard Join the campaign

Hewlett Packard is one of the top military systems providers in the world. Installed at Israeli military checkpoints in the occupied West Bank, these systems facilitate the restriction of movement and control of the occupied population – a violation of international law. 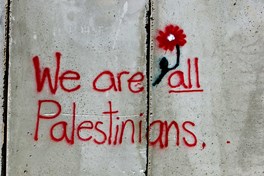 Sabeel-Kairos: a critical moment in time Join the campaign

Sabeel-Kairos is a network of British Christians who have come together to speak out for Palestine in response to a call to action from Palestinian church leaders. 'Investing For Peace' is Sabeel-Kairos' new book which is available now as a free download.