We Ran The Wall: Build Bridges — Not Walls

We were recently joined by individuals and teams from around the world to run 750km — the length of the Israeli Separation Wall. We ran to remember the human cost of the Wall, to demand freedom of movement for Palestinians and to raise £15,000 to rebuild a demolished Palestinian home. It’s not too late to donate. 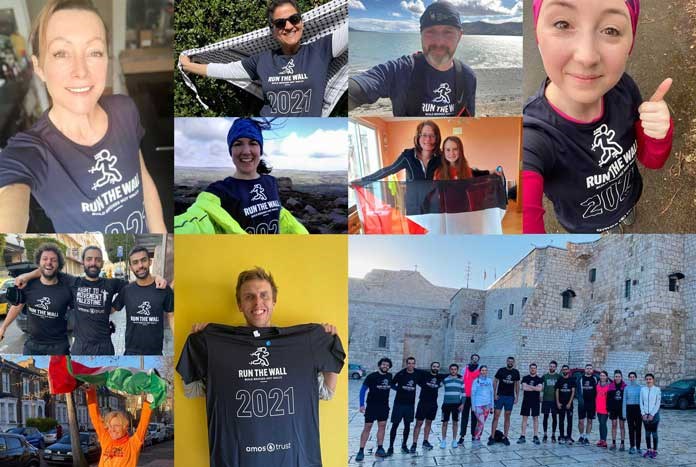 We Ran The Wall!
Over the weekend of 26th – 27th March, we were joined by runners from all around the world to run 750km — the length of the Israeli Separation Wall in Palestine.

We ran to remember the human cost of the Wall, to demand freedom of movement for Palestinians and to raise £15,000 to rebuild a demolished Palestinian home.

Below is a short video of our Zoom launch countdown.

There were well over 400 people running in total from across England, Northern Ireland, Wales, Scotland, Ireland,  the USA, Denmark, Germany, Norway, the Netherlands, Turkey, South Africa, Burundi, Mauritius, Australia, Egypt, Dubai, UAE and of course, Palestine — where our friends at Right To Movement had an incredible 140 people taking part and our partner Holy Land Trust another 30.

We know too well that our freedom is incomplete without the freedom of the Palestinians. Nelson Mandela

Why did we run the Wall?
Home demolitions, land confiscations, illegal settlements, the Separation Wall... this is how Israel is annexing Palestine. Actions speak louder than words. It’s not too late to donate!

In April 2013, Amos Trust took a team to Bethlehem to run the first Right to Movement Palestine Marathon. Since then, we have taken people to run in solidarity with Palestinians demanding their freedom of movement and to raise funds for our partners in Gaza and on the West Bank. As the marathon cannot happen this year, we are inviting you to join with runners in Palestine to Run the Wall.

We set up this project in partnership with Right To Movement, the Palestinian network of runners who created the Palestine Marathon. 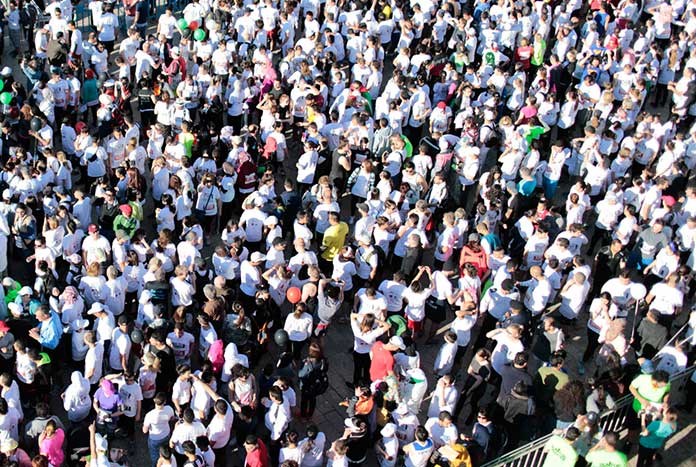 A little bit of background

Work began on the Israeli Separation Wall in 2002. When it is completed it will be 750km long. The Wall — also known as the Apartheid Wall, the Separation Barrier or Security Fence — has had a devastating impact upon Palestinians. It cuts deep into the Palestinian West Bank, denying communities access to their land and the right to movement. It puts a stop to any effective dialogue.

In Urban areas (such as around Bethlehem), the Wall consists of 8 metre-high concrete panels. Elsewhere, it is a combination of electric fences, razor wire, military access roads, bypass roads and watch towers.

In 2004 the International Court of Justice issued an advisory opinion stating that Israel’s separation Wall was illegal, violated international law and should be dismantled. It also recommended that Palestinians affected were fully compensated. 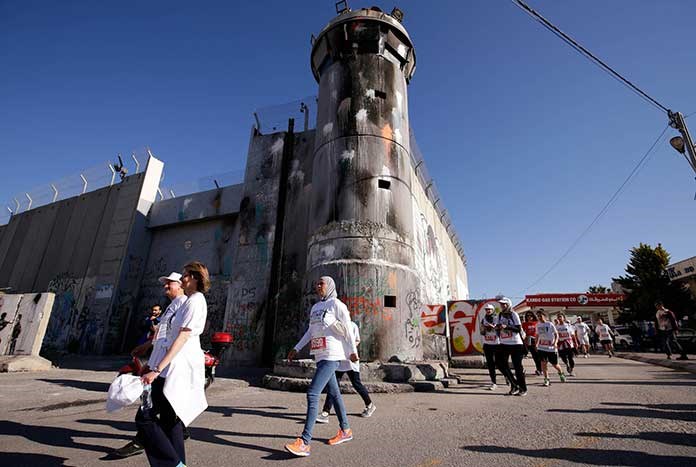 Take a look through our range of resources, blog posts, downloads and products to find out more about our Palestine Justice work. 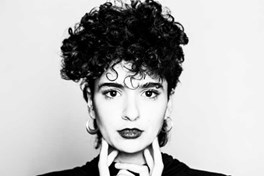 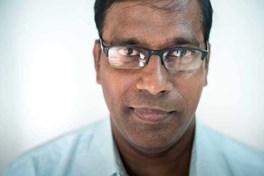 All of the Season 2 Amos@6 webinars are available to listen and watch again. Featuring 45-minute conversations with thought-leaders and Amos partners and friends including Paul and Bakiyam Sunder Singh from India, Liz Mnengwa from Kenya, Dieudonné Nahimana from Burundi, Mpendulo Nyembe from South Africa, Dr Suhaila Tarazi from Gaza, Ruth Daniel from In Place of War, Wisam Salsaa from the Walled Off Hotel in Bethlehem and Palestinian writer and human rights advocate, Raja Shehadeh and more. 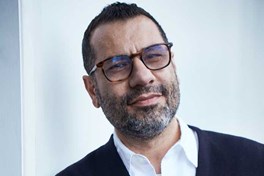 During the 2020 Lockdown, we thought it was more important than ever to continue to talk about the issues that all our partners face, particularly in light of the Covid-19 pandemic. This is a back catalogue of Amos@5 webinars from Season 1 featuring 30-minute conversations with thought-leaders and Amos partners and friends. 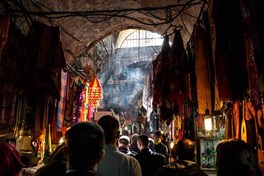 “In a year when most of our friendships have been ‘remote’ ones, it’s hard to think of a more opportune or important time to build friendships with the people of Palestine.” Amos trustee Madeleine McGivern writes about making friends in Palestine.

“As a group of UK-based humanitarian, development, human rights and faith organisations working to support the rights and welfare of the Palestinian people, we are gravely concerned by the Israeli Government’s threat to annex more Palestinian land.” A joint statement from UK charities.

Complicity, not identity The Cultural Boycott of Israel

“Thousands of artists worldwide have publicly endorsed BDS and many thousands more quietly refuse offers from Israeli music venues, theatres, festivals and production companies. Any artist who does cross the peaceful Palestinian picket line, regardless of intentions, is used by Israel’s far-right apartheid regime to whitewash, or ‘artwash’, and therefore perpetuate its system of oppression against Palestinians.” Palestinian musician Samir Eskanda writes about why the cultural boycott of Israel is vital for the peaceful struggle against Israeli apartheid.

“As we write, once again military attacks have escalated. At this critical moment, it is vital that all parties adhere to their binding duties under international humanitarian and human rights law. All attacks on civilians and civilian objects must cease immediately.” A joint statement to commemorate Nakba Day 2021 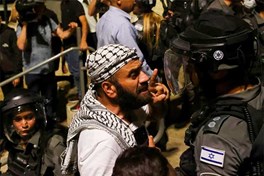 “In Europe, if you mention the word apartheid in South Africa almost everyone expresses their disagreement with it and how much they have been against it. If you mention Black Lives Matter in the UK, almost everyone is supportive of the civil right movement. But when it comes to us Palestinians, there’s only silence.” Ahmed Masoud writes about the current situation in East Jerusalem.