Against The Grain – Double CD

Garth Hewitt’s new double CD
This double CD is a companion to Garth’s autobiography, also entitled Against The Grain. It contains new songs, as well as songs from different stages of Garth’s career plus demos never previously released. 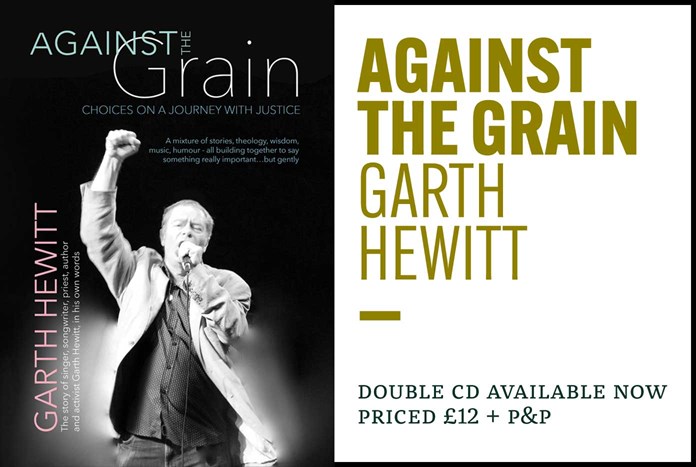 This double CD represents more than 40 albums released by Garth over 45 years including eight never-before-released tracks and two previously appearing only as vinyl singles.

You’ll experience Garth’s variety of styles and subjects, ranging from worship songs on justice to 1840s Chartist hymns. There have also been two children’s albums and one in Spanish.

This double CD is a companion to Garth’s autobiography and memoir also called 'Against the Grain'. In the book, Garth tells what motivated his ministry of music and justice, he shares his influences, his early years, and tells the story of his involvement with the Greenbelt Festival from its earliest days.

He talks about his sense of vocation, both as a priest and in terms of his commitment to issues of justice. Garth tells of the creation and work of Amos Trust that he founded and how and why he got involved in the struggle for justice for Palestine.

Garth Hewitt writes redemption songs and then sings them without fear. His voice comes through clearly in these pages, challenging us by his witness to act for justice. His is a brave voice, needed more than ever in a fearful world and in a sometimes timid church. Please God, it will help us sing redemption songs of our own.
The Revd Lucy Winkett