COP27, which opened in Sharm el-Sheikh, Egypt, is only the second to be held on the African continent. For the activists on this year’s Amos Climate Fellowship, some of whom are in Egypt in person this week, their key priority is loss and damage. 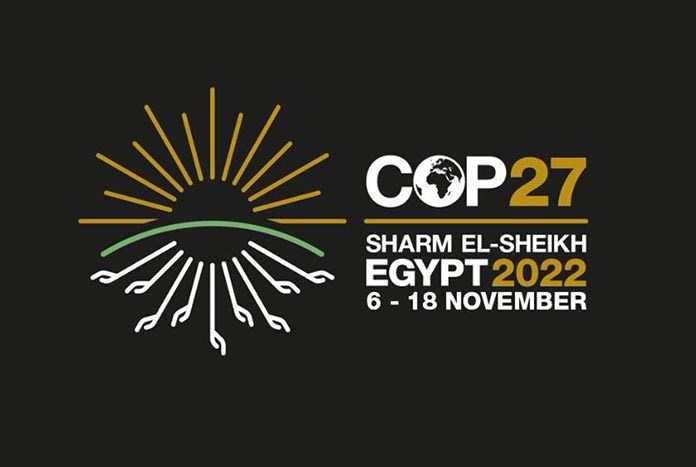 Devastating storms and floods have hit many parts of the world in recent months, including Nicaragua, Pakistan, Nigeria, the Philippines and many other countries, resulting in loss of life and billions of dollars worth of lost crops and homes. In addition, there is an escalating famine in the Horn of Africa due to terrible droughts.

Loss and damage finance was one of the key demands of the majority world at COP26 in Glasgow last year, but no resolution was reached: it was blocked by wealthy nations like the USA, the UK and the EU. Loss and damage is now top of the agenda at COP27 for the many countries already reeling from the impacts of the climate crisis.

Explainer: What is meant by Loss and Damage?

Loss and damage refers to the impacts of climate change that go beyond what people can adapt to. For example, extreme weather events such as floods, storms, droughts, and wildfires are becoming more frequent and severe every year, leading people to lose their lives and livelihoods.

Often those who did the least to cause climate change suffer the most from loss and damage. The cost of damage to homes and communities and the incalculable toll on life, culture, and land connection are borne by some of the world’s poorest and most oppressed people.

Article 8 of the Paris Agreement outlines the responsibilities of countries to take action on loss and damage. Addressing loss and damage stands alongside mitigation and adaptation as a fundamental pillar of climate action. But despite signing on to the Agreement, the wealthy countries who contributed the most to causing loss and damage are still unwilling to provide the finance and support needed to address it.

Definition from the Loss and Damage Youth Coalition

What are the demands of the Amos Climate Fellowship at COP27? 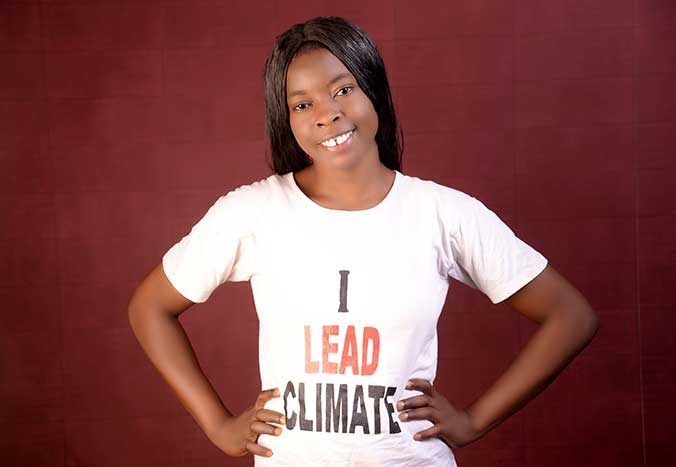 The $100bn climate finance annual commitment announced at COP19 in Copenhagen has fallen short, and we currently cannot keep up with the present crisis. Addressing loss and damage must start by phasing out fossil fuels and making polluters pay for every bit of their emissions, not in the form of polluters seeking validation in other countries with low emissions in exchange for carbon credit. Therefore, every company, country and industry needs to go green.

At COP27, we need to draw the line between action and negotiation. This COP should be for action alone. Africa accounts for 4% of global emissions, and Nigeria accounts for less than 1%, yet it is faced with the most significant impact of climate change. So there is no climate justice without a loss and damage fund. Climate justice is the “last hope” for vulnerable countries like mine in the face of climate change.

The danger of loss and damage is that non-economic impacts, such as the loss of life, culture, identity, ecosystems and biodiversity, which cannot be quantified in monetary terms, is what makes climate change the greatest injustice to countries like mine: because we are losing what defines us and could neither be replaced nor restored. 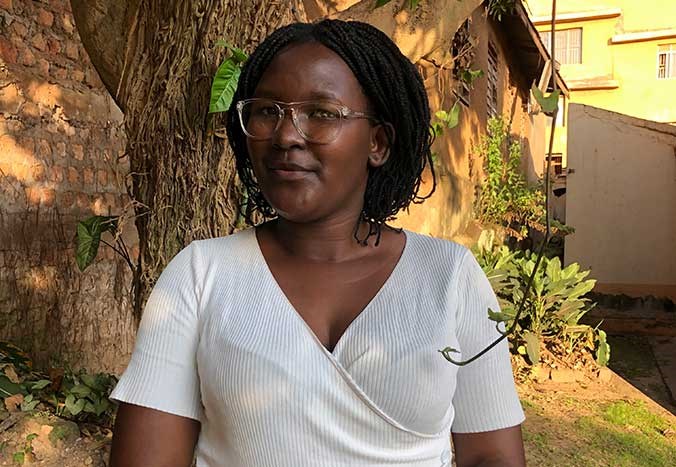 Immaculate Akello: “...let’s think of those not in the room where decisions are being made, the rural underprivileged communities.”
— — — — — — —

Food insecurity is a harsh reality in Uganda, especially among rural communities. With the new commitment to increase climate financing, special attention should be paid to the rural communities where trees are destroyed, and wetlands are reclaimed.

For decades these communities have played a significant role in holding the world’s ecosystem, but they are losing the battle to biodiversity loss every day. When they do, it becomes difficult for them to survive in the new harsh reality, so while we focus on climate financing, climate literacy and many other climate interventions, let’s think of those not in the room where decisions are being made, the underprivileged rural communities.

Wealthy countries that are investing in EACOP, a vast new oil pipeline project in my country, should be put to task to ensure that life is not unbearable for those who have been affected by projects such as these and that the investment in oil is not making the continent of Africa unbearable for the next generation yet to come. 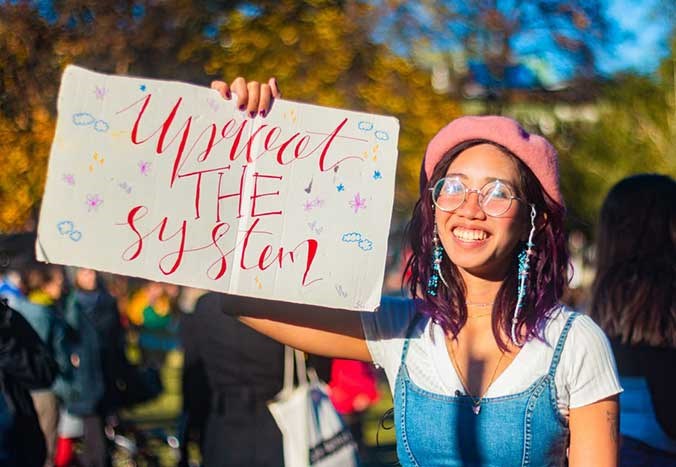 Climate justice means building a world where no one is left behind, where those most marginalised aren’t forgotten. If loss and damage are still not addressed at COP27, we are again leaving people behind. It means that we are still ignoring the fact that the climate crisis is already here, the damage has already been done, and so many have already lost their lives, loved ones, and ways of making a living.

My country, the Philippines, is one of the most vulnerable in the world. We are not running out of time. We have no time left. We need concrete mechanisms to ensure reparations from the global north to the global south are paid — reparations for the historical, ongoing, and future exploitation, loss, and damages we are experiencing. This is only the first step towards climate justice, and we cannot settle for less.

Some key demands we want to see from this COP27: 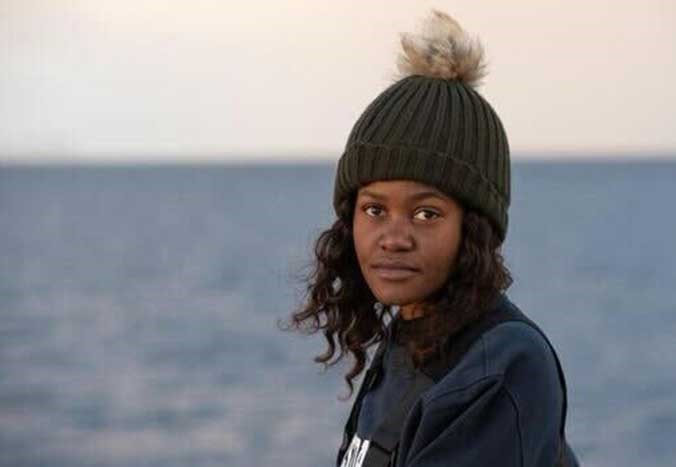 We have seen the evidence: massive landslides in South Africa this year, and floods in Nigeria, Uganda, Pakistan and many more countries. Heat waves in Europe and persistent droughts in Kenya.

KILLING AND DISPLACING THOUSANDS OF PEOPLE, CAUSING LOST HOMES, HUNGER, DISEASE, LOSS OF INCOME, LOSS OF ACCESS TO EDUCATION, AND LOSS OF DIGNITY!

The Global South is bleeding; it has been bleeding for way too long. Their greed waters our destruction. It is devastating, and we have been crying and pleading for a call to action from our world leaders. The Global South contributes the least to the impacts of the climate crisis, yet we are the least able to adapt.

That’s why as Africa, as the Global South, we are pushing to focus the discussion this year on loss and damages and climate reparations at COP27. Of course, keeping global warming to 1.5C has been the discussion in many of these conferences, but if we’re being honest — this is just a milestone that has been set for how long it will take for the Global North to start living the impacts of the climate crisis; most Global South countries are already past that stage.

We don’t need to hear about the goals because we are already dying. Islands have disappeared, and others are underwater — like Tuvalu. We need to hear about action in these conferences, enough of setting goals every year. We have already begun to run out of time.

Take Action
What can you do?

Saturday 12th November, is a Global Day of Action. If you are based in the UK, actions are taking place all over the country in solidarity with activists at COP27 in Egypt. Find your local mobilisation and join the protests by visiting https://climatejustice.uk/cop27

Megan from Amos will be at the London protest. If you want to join the protest with her, you can email her at megan@amostrust.org

Follow Mitzi and Adenike on Instagram as they participate in COP27 in Egypt, and read more about the Amos Climate Fellowship here.

*Mitzi and Adenike’s reflections on Loss and Damage were originally published on Carbon Brief.