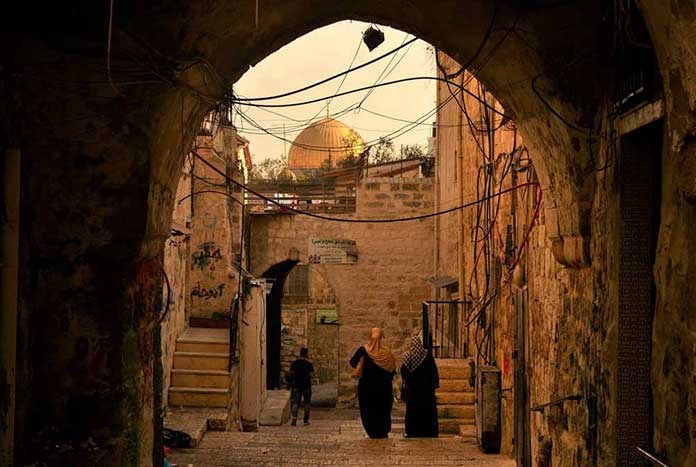 The Nakba within Jerusalem began soon after the United Nations had introduced Resolution 181, advocating for “the partition of Palestine” between the Palestinian Arabs and the Zionist settlers.

“In many Arab neighbourhoods in West Jerusalem you do not see one Arab. I do not suppose it will change.”

Why has a small Palestinian neighbourhood in East Jerusalem generated so much public attention?

Nakba النكبة‎ is an Arabic word that is either understood as a ‘catastrophe’, ‘disaster’ or ‘cataclysm’. Coined by the late Syrian professor Constantine Zurayk, the Nakba refers to the systematic, mass expulsion of the indigenous Palestinian population, residing within the British Mandate of Palestine, that began in 1947.

At least 750,000 Palestinians fled their homes between 1947–1949, due to the ongoing violence taking place either directly within their neighbourhoods, or within those of close proximity. Approximately 530 villages, as well as several Palestinian cities and neighbourhoods, were either partially or completely destroyed. 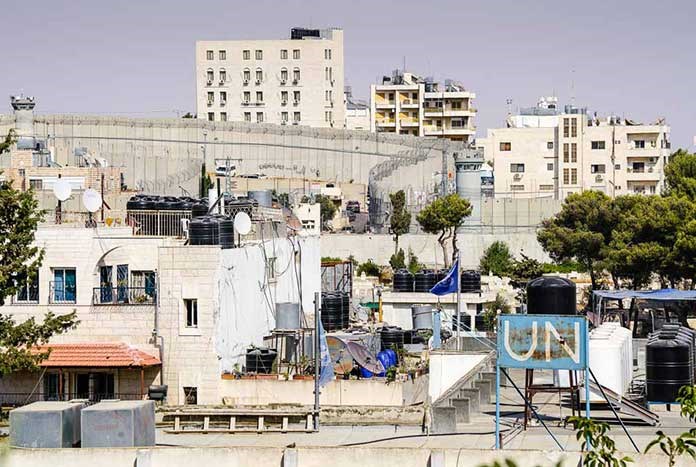 However, it would be wrong to understand the Nakba as a purely historical event. Instead, it should be viewed as a continuing process that dispossesses Palestinians from their homes and their land. It is not a moment in history but an ongoing catastrophe that continues to haunt the lives of Palestinians today, in 2021.

At least 750,000 Palestinians fled their homes between 1947–1949, due to the ongoing violence taking place either directly within their neighbourhoods, or within those of close proximity.

The current waves of protest and violence stem from the moves by settler organisations, such as Elad, to evict at least six entire families from their neighbourhood of Sheikh Jarrah. But also, towards the ways in which the Israeli security forces use unjustifiable force against Palestinians throughout the holy month in Ramadan, specifically within the Al-Aqsa mosque itself.

The Nakba within Jerusalem began soon after the United Nations had introduced Resolution 181 (29th November 1947), advocating for “the partition of Palestine” between the Palestinian Arabs and the Zionist settlers.

Three days after the introduction of Resolution 181, Palestinians, encouraged by the Arab Higher Committee, protested against this diplomatic decision. During three days of protest, Jewish-owned shops within the Mamillah mercantile district of West Jerusalem were looted and damaged.

The Jewish paramilitary organisation known as the Haganah responded by mobilising over 500 settlers to carry out a series of armed military assaults against the indigenous communities throughout the Holy City. 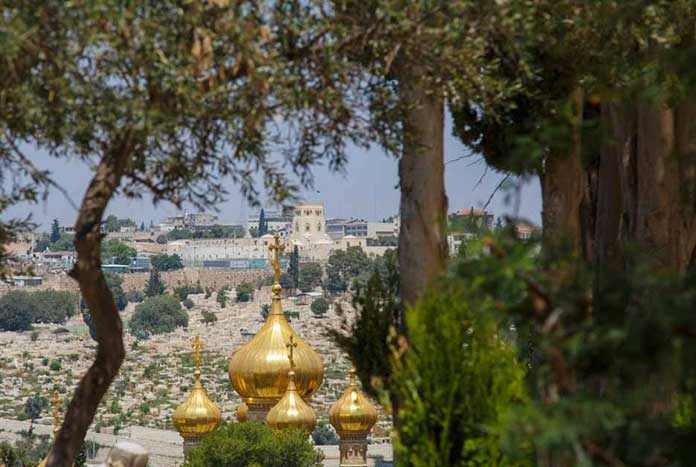 Twenty nine days later, on 28th December, Zionist paramilitary forces raided the Palestinian neighbourhood of Lifta, killing seven. As the population fled, the paramilitary groups destroyed much of the village — homes, institutions, religious and cultural centres. Scenes similar to this were played out across what became known as West Jerusalem and large parts of what is now modern day Israel.

The family of Sami Awad, the founder of Amos’ partner Holy Land Trust, was displaced from Jerusalem during the 1947–1949 conflict. The family home was just outside the Old City walls on the west of the City, in an area where Muslims, Christians and Jews had lived side-by-side for many years. Sami’s grandfather was shot and killed in the conflict and his grandmother fled to Bethlehem with her young family. Sami recounted that years later:

“We went to the house, me and my father, and then we knocked at the door. My father just wanted to visit his old home… we were immediately rejected and kicked out by the family that was there. Later on, the home was destroyed for a new by-pass tunnel.”

As the population fled, the paramilitary groups destroyed much of the village — homes, institutions, religious and cultural centres.

By 1949, over 60,000 Palestinians from West Jerusalem and its immediate surroundings were driven out of their communities. Many of those that were dispossessed within West Jerusalem were to become internal migrants, moving to the eastern part of the city, which was then under Jordanian Control (this continued until 1967), and many of Lifta’s refugees still live there today. Since being uprooted, not a single Palestinian refugee has returned to their homes within West Jerusalem.

In 1950, the newly formed United Nations refugee agency — UNRWA, reached an agreement with the Jordanian Ministry of Construction and Development, to build homes for 28 Palestinian families within the Sheikh Jarrah neighbourhood of East Jerusalem. This neighbourhood was specifically constructed for the Palestinians displaced from the western half of the city. 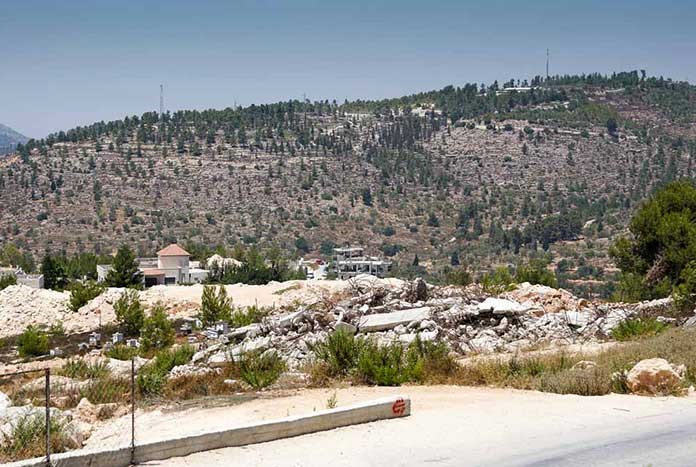 Despite a signed agreement outlining the Palestinians right to live there, these residents of Sheikh Jarrah have recently received a number of eviction orders, so that their homes can be given over to Jewish Israeli citizens who claim historic ownership of the land.

The Israeli Central Court in East Jerusalem had approved the eviction of six entire families from Sheikh Jarrah. The decision which was supposed to be ratified by the Supreme Court on Monday 10th May (a decision which has been pushed back), led to the start of the recent protests in the Old City. The excessively violent response by the Israel Authorities, particularly in the al Aqsa complex, has led to waves of unrest and violence spreading across Israel and the West Bank where many are chanting “enough is enough”, and a renewed conflict with Hamas in Gaza.

Despite a signed agreement outlining the Palestinians right to live there, these residents of Sheikh Jarrah have recently received a number of eviction orders, so that their homes can be given over to Jewish Israeli citizens who claim historic ownership of the land.

To Palestinians, the eviction orders are nothing but a reminder that the Nakba is a continuing process. Peace Now, an Israeli NGO that documents the expulsion of Palestinians in East Jerusalem, estimates that a further 20,000 Palestinian properties throughout East Jerusalem are at risk of demolition.

As attention moves to the unfolding nightmare in Gaza, it becomes too easy to forget that this is an ongoing Nakba. It is the dispossession of Palestinains of their land and of their basic rights that must be addressed.
— — — — — — —