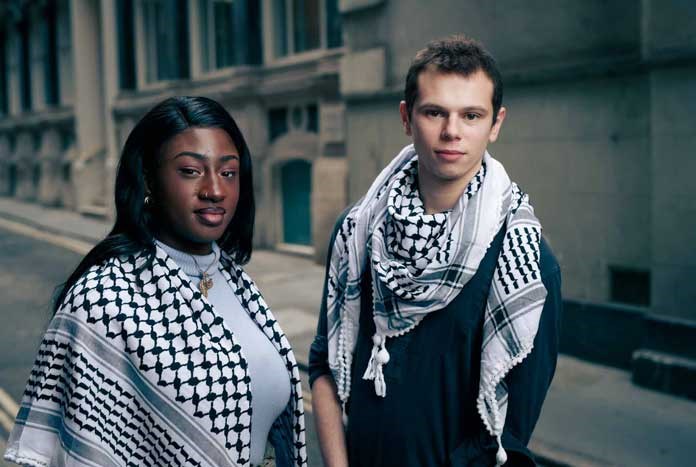 The Keffiyeh is a traditional Middle Eastern headdress fashioned from a square scarf commonly found in arid regions, as it protects against sunburn, dust and sand.

Traditionally worn by Palestinian farmers, the Keffiyeh became a symbol of Palestinian nationalism during the Arab Revolt of the 1930s. Its prominence increased during the 1960s with the beginning of the Palestinian resistance movement.

The Keffiyeh can be worn in a semi-traditional way, wrapped around the head or as a scarf. It can also be dropped over one shoulder only, arranging it in the rough shape of a triangle to resemble the outline of historic Palestine. 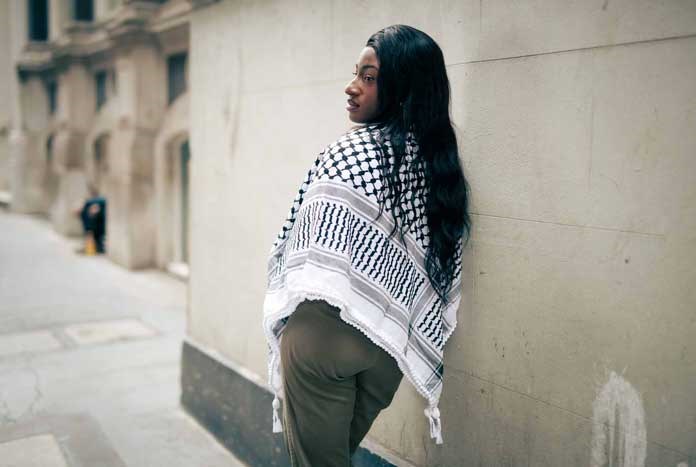 Outside of the Middle East and North Africa, the Keffiyeh first gained popularity among activists supporting the Palestinians in the conflict with Israel.

The Keffiyeh’s here are modelled by our friends Fleur and Jonah.