“The taxi pulls up outside the locked black iron gates of the British and Commonwealth War Cemetery on Saladin Street. We call the number listed for press wishing to visit, and look down an avenue of trees that lead to a monument on which is written the regiments buried here and the campaigns they took part in. Later the young people who showed us around will point to it and say: “See it says Palestine on it — this was Palestine.” Chris Rose writes about visiting the British and Commonwealth War Cemetery in Gaza. 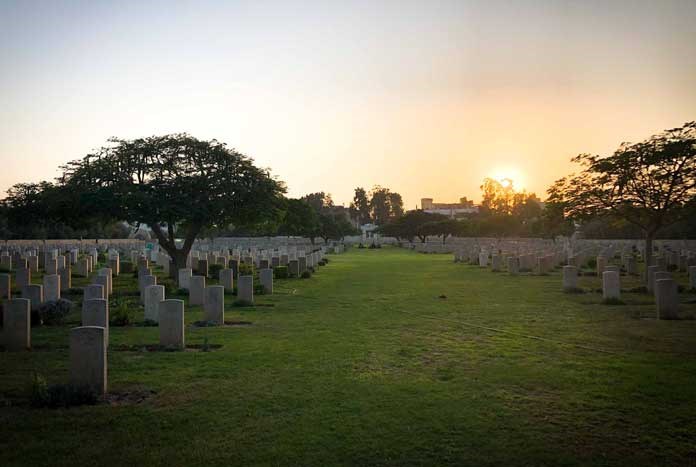