Two weeks ago, the UK experienced its hottest day on record. While people across the country were doing everything they could to stay cool, a relatively unnoticed crisis has been unfolding in Uganda. Fleur Boya speaks to Immaculate Akello about the famine that is taking lives across many regions of Northern Uganda. 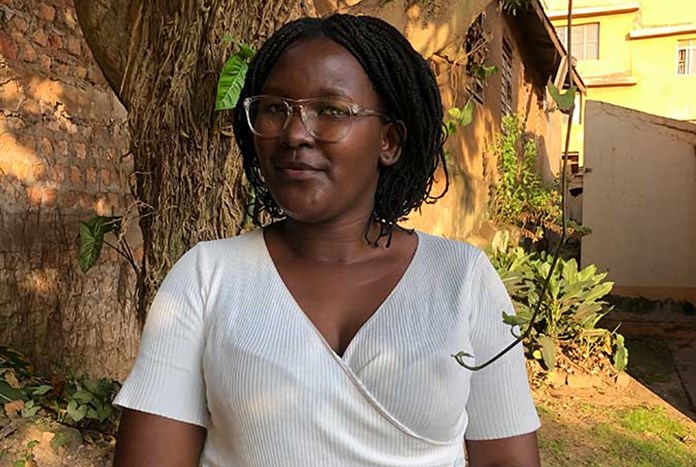 Immaculate Akello: “Four in every ten people in Karimojong have no food.”

Ugandan environmental activist and Amos Climate fellow, Immaculate Akello, spoke with me last week about the famine now impacting many communities in Uganda. Immaculate said that she first became aware of the famine when one of the women in her community told her that she boils water in the morning to deceive her children into believing that food is being prepared. The most famine-affected regions are in the north of the country in Kotido, Napak, Kaabong, and Moroto and Karamajo.

In the region of Karamoja, according to an article written by Monitor: “Four in every ten people in Karimojong have no food, and only two in ten have enough to last a month, while three per cent will only be able to feed themselves for the next 90 days, according to the government. The State Minister for Disaster Preparedness, Ms Esther Anyakun, said: “517,800 [people] representing 41 per cent of the population have been at risk of food shortage between March and July.”

Four in every ten people in Karimojong have no food, and only two in ten have enough to last a month, while three per cent will only be able to feed themselves for the next 90 days, according to the government.

Many families in the Otuke district have resorted to surviving on only one meal a day. According to Immaculate, “in the Karamajo community, those people are now in a terrible place. Forty people died from starvation in July. Children are tied onto poles to prevent them from stealing food from people’s gardens. The region tries to find new and creative ways to restrain children from stealing food”.

What is causing this?

Northern Uganda has been suffering since 2019 following the invasion of desert locusts which ate away agricultural production. Now on top of this, the most affected regions have suffered heavily since January with unreliable rainfall, causing further failure of crops, decreasing natural vegetation, and the depletion of water supplies.

Alongside this, Russia's blockade of Ukraine's grain exports and sanctions against Russian oil have caused gas and diesel prices to skyrocket. Similar to the effects of climate change, some countries are hit harder by this than others, and many in Africa are reeling from these price hikes. Amos partners in Tanzania and Burundi are reporting skyrocketing costs of food and fuel affecting their work since Russia invaded Ukraine. 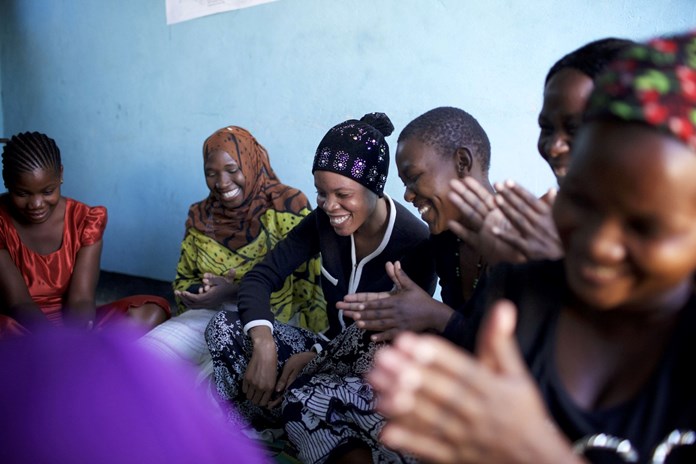 Tanzania: Amos partners in Tanzania are reporting skyrocketing costs of food and fuel affecting their work since Russia invaded Ukraine
— — — — — — —

What needs to be done?

When I asked Immaculate what she believes needs to happen to mitigate this issue, she gave me two answers, one for the short term and one for the long term. In the short term, Northern Uganda desperately needs food aid as an urgent intervention to avert starvation and suffering. However, whilst this would undoubtedly help to meet the immediate needs of those suffering, we agreed that this would most likely do more harm than good in the long term.

According to the National Bureau of Economic Research, “by increasing the local supply of food, such aid may depress prices and thus undercut the income of rural farmers in the recipient nations, for example; it also may discourage local production”. And, since the most affected people are often concentrated in rural areas, food aid, in fact, may end up disproportionately hurting them the most.

When I asked Immaculate what she believes needs to happen to mitigate this issue, she gave me two answers, one for the short term and one for the long term.

In the long term, people need to be educated about the consequences of climate change and understand that Uganda is suffering — the Global South is suffering — now. Raising awareness about climate change’s impact on these countries is the only way people will begin to take it seriously and do their part in tackling the climate crisis through education, resilience and mitigation.

We created the Amos Climate Fellowship to support female climate activists like Immaculate in the Global South not just financially but by building solidarity and investing in a network of young women that need to be at the forefront of the fight for climate justice.

Immaculate’s ‘SELF project’ aims to train 20 women from rural areas in leadership, climate change advocacy and green business development and will include modern and cultural techniques. It will be done in the local language (Luo) and focus on campfire discussions where she will invite young climate activists from the region to share with the women. This project combines climate advocacy and promotes financial literacy and independence for women, who often bear the brunt of the impact of climate change.

Some of the images Immaculate shared with me last week were too distressing to publish, but I had to share the stories she told me. Climate change is causing extreme weather, which not only leads to the ‘hottest record-breaking day’ in the UK but is leading to drought, famine and loss of life in countries like Uganda, which contribute the least to the climate crisis — yet suffer the most.

“Hundreds of our brothers in Northern Uganda are dying from famine and the adverse effects of climate change.” Immaculate Akello

Living in the Global North, it’s often easy to not take climate change seriously, to think it’s a long way off, or to even dismiss it as a theory or an idea — but the reality is that climate change is real and happening now, we just have the privilege of not being as affected by it (yet) as countries in the Global South.
— — — — — — — 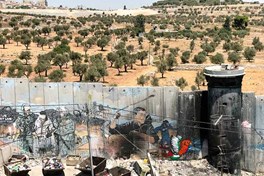 “As we write, once again military attacks have escalated. At this critical moment, it is vital that all parties adhere to their binding duties under international humanitarian and human rights law. All attacks on civilians and civilian objects must cease immediately.” A joint statement to commemorate Nakba Day 2021