This morning we received this press release from Israeli human rights organisation B’Tselem as one of 53 civil society groups standing with these Palestinian organisations. 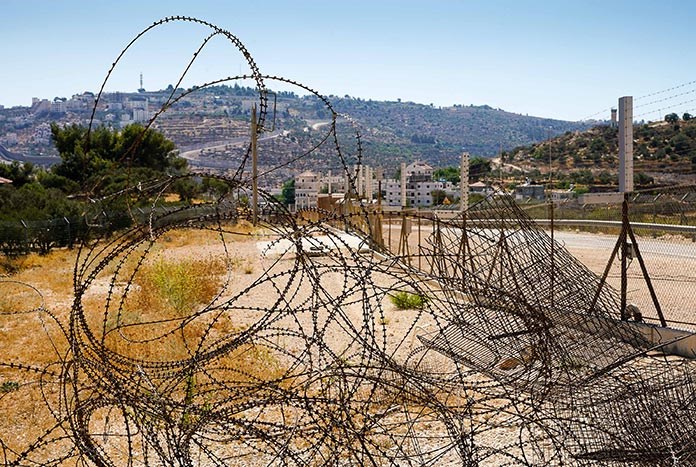 On Thursday 8th August, before dawn, Israeli armed forces raided the Ramallah offices of Addameer, al-Haq, Defense for Children International – Palestine (DCIP), the Union of Agricultural Work Committees, Bisan Center for Research and Development, and the Union of Palestinian Women Committees, and confiscated files and equipment.

They issued military orders to close them down and welded shut their office doors. They also caused damage to St Andrew’s Church Ramallah, which they occupied while raiding the al-Haq offices. Six of the NGOs raided were already criminalised by Israel last October, creating real risk for their staff members and the wider Palestinian community they serve.

Israel’s previous attacks on human rights defenders, including these seven NGOs, have been met with condemnation from UN human rights experts and international human rights groups. Last month, 10 European states publicly declared that they would actively support the targeted Palestinian NGOs since Israel had failed to produce any credible evidence to back up its allegations against them.

This morning we received this press release from Israeli human rights organisation B’Tselem as one of 53 civil society groups standing with these Palestinian organisations.
— — — — — — —

The defence of human rights is not terrorism. Israel is persisting in its declaration of prominent Palestinian civil society organisations as terrorist groups. Recently, the military put words into action by raiding their offices and shutting them down.

These declarations are baseless. Indeed, the U.S. Administration, the European Union and other allies of Israel found Israel’s allegations unconvincing. After thoroughly examining the material Israel provided them, all of the European countries that are donors to these organisations decided to continue their support.

Documentation, advocacy and legal aid are the core of human rights work around the world. Criminalising such activity is a deplorable act characteristic of repressive regimes.

We stand in solidarity with our fellow human rights defenders in Palestinian society. We repudiate these baseless declarations and call on the international community to pressure Israel to revoke its decision.
— — — — — — —