Run Without Fear
“I’ve never seen women overtake men before!” declared Mary as we sat and reflected on the race later that day. This run meant many other things for these girls too — it was the first time any of them had left Mwanza or flown on a plane, let alone completing the race and being awarded their medals! Amos Street Child lead worker Karin Joseph describes running the first Zanzibar Marathon with four new friends. 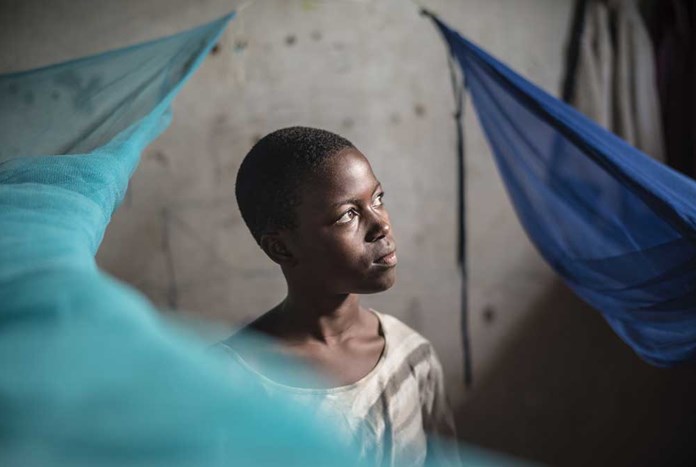 As dawn broke on a Sunday in early February and the calls to prayer floated over Stonetown’s crumbling rooftops, we were tying our shoelaces and warming up to prepare for the Zanzibar Half. “Kimbia Bila Shaka” — “Run without fear” was the race slogan for this, first-ever, women’s rights half-marathon, to be held on Zanzibar.

Our all-female group, made up of four teenage girls from Amos Street Child partner Cheka Sana Tanzania, together with Kissa, their lead social worker at Cheka Sana, and myself and fellow Amos staff member Azey, were nervous as we set out under a punishing sun.

Joyce, Mary, Khadija, and Zulfa ran powerfully. All four girls, aged between thirteen and sixteen, have spent time surviving on the streets of Mwanza before accessing intensive support from Cheka Sana and beginning the difficult but profoundly important process of reunification work with their families. All are now living full-time, or almost full-time, back with family members.

“I’ve never seen women overtake men before!” declared Mary as we sat and reflected on the race later that day. This run meant many other things for these girls too — it was the first time any of them had left Mwanza or flown on a plane, let alone completing the race and being awarded their medals!

Run Without Fear
This is the film we made while in Tanzania and Zanzibar with filmmaker Tom Merilion.

A few days before they had experienced another first: being given birth certificates, enabling them to make the trip but also, vitally, giving each of them a legal identity. Cheka Sana’s impressive team works every day across the city to support children who live or work on the streets.

For 7 to 14-year-olds, they offer short-term residential support and intensive family reintegration work to help them make the transition back to living at home. For older teenage girls and young women, many involved in commercial sex work, a model of collective support known as ‘association groups’ has proved very effective.

Girls form support groups of around fifteen people and go through a process of group building, leadership and finally investment in a micro-business of their own choosing. There are sixteen groups currently supported by Cheka Sana; thirteen made up of girls and young women. One of the association groups, this one made up of boys still living full-time on the streets, shared their group motto with us as they welcomed us into their weekly meeting in a disused shop-front downtown: “One Day - Yes”!

We asked them why they had chosen this — and they told us that it reminded them of their hope that despite their current circumstances, one day, yes they would make a success of themselves. All group sessions begin with a ‘community meeting’, where everyone introduces themselves and shares with the group how they are feeling today — green, yellow or red so that all emotions in the room are acknowledged by everyone else. Often, a guided meditation followed. 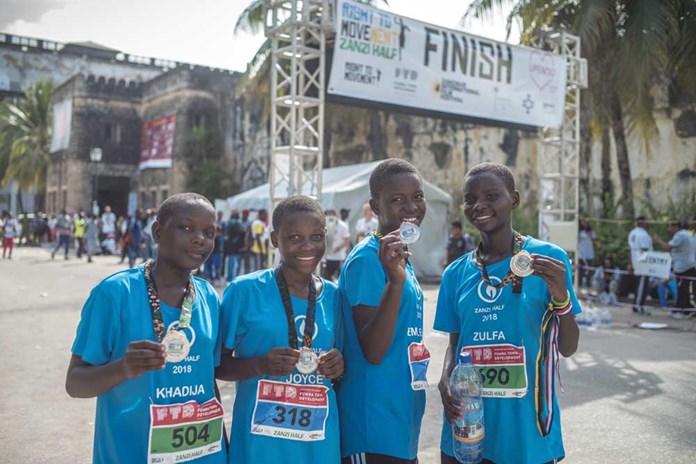 Here Come The Girls!
From left to right: Khadija, Joyce, Mary, and Zulfa, showing off their well-deserved medals after completing the inaugural Zanzi Half Marathon — January 2018.
Photograph: © Amos Trust/Tom Merilion 2018

These beautiful moments of calm felt grounding and spiritual, and despite how the mood in the room had been minutes before, brought a welcome sense of peace to young lives that have been too defined by chaos. On Saturday mornings, shouts of “Hapana!” (“No!” in Swahili) echo around the classroom. Nyangi, a social worker, and self-defence trainer is leading a group of eleven girls in their weekly self-defence class.

Self-defence classes are one of Cheka Sana’s most significant interventions with the girls and young women they support. These 7 to 14-year-olds are currently living at the Cheka Sana girls’ centre, whilst the afternoon class is held nearby for older teenagers and young women, many of whom are involved in commercial sex work. Many are mothers, and bring their babies to the class, taking it in turns to participate or sit with their small children.

As a girl, feeling powerful enough to yell the word “no” is a radical step. For any young person (but particularly girls) in Tanzanian culture, ‘no’ is not a word they are allowed to feel comfortable using with their elders, or men. For many of the girls taking part in self-defence, the most transformative aspect of these sessions is recognising that no man has the right to claim their body, despite what may have happened to them in the past.

Some continue for the present time in commercial sex work, but with renewed control over their situation and thechoices they make about their bodies and their clients. Despite this, it was noticeable that the older girls were more reluctant to use the full power of their voices; there was a sense that they had already absorbed the cultural norm — women should be quiet and submissive. Their eyes remained downcast, and their visions for their future felt quite limited in comparison to the optimism that many of the younger girls expressed. 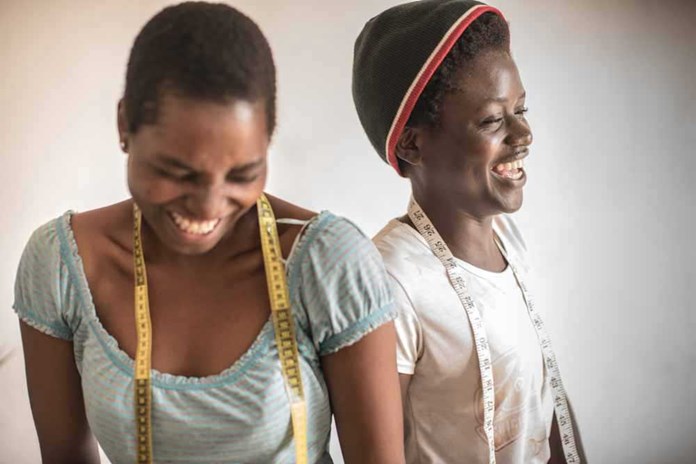 There’s not a country in the world where girls and women have more, or even equal, opportunities to boys and men. Yes, 2017 saw high-profile feminist movements start (predominantly in the west) highlighting abuses women have experienced at the hands of powerful men. However, these movements have rarely made the space to include the women and girls who most urgently require such acts of solidarity — such as the young women supported by Cheka Sana.

Teenage girls on the street are so often there because of abuses they have suffered at the hands of the men they should have been able to trust the most. Once on the streets, they continue to be treated with no value or dignity. All of society rejects them or defines them by what others have done to them — from those who walk past them on the streets, to their families who often want no more to do with them.

Their stories are hard to hear, and their circumstances may feel too challenging to even begin to change. In Mwanza, Cheka Sana’s all-female leadership team shared how proud they are of their successes in their intensive family work with boys and the younger girls, but for the older teenage girls, they yearn for new and more effective solutions. This is by no means unique to Cheka Sana, all our partners have shared the challenges their teams face with the girls they wish to support on the streets.

When girls don’t make the decisions that the workers expect, or when trusting relationships take too long to build, those supporting them can often feel dejected and helpless to continue. Progress may not always look how we expect and learning to journey with these young women is part of the process.

We started this journey running; alongside teenage girls who’ve lived on the streets, in solidarity with women and girls. ‘One day, yes’ — we want children on the streets to be able to claim their rights — and teenage girls, who so often fall through the gaps in human rights agendas, not to be left behind but to be at the centre.