What can a group of women, from cities thousands of miles apart, almost all of whom don’t speak the same language, hope to gain from spending a week together in the UK? Karin Joseph talks about some of the reasons why  Amos’ On Her Terms campaign are so important. 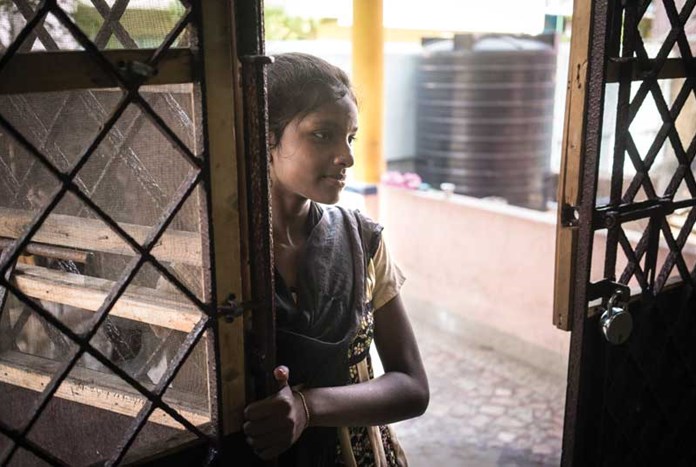 What can a group of women, from cities thousands of miles apart, almost all of whom don’t speak the same language, hope to gain from spending a week together in the UK?

Sofia sighs slightly on the phone as she describes some of the challenges of their work in Mexico City. As the director of an organisation working with children and young people on the streets, she oversees a number of projects in the sprawling Mexican capital. Their outreach work with girls is particularly challenging; the realities of street life for girls in the city are changing and becoming ever more complex.

Girls in Mexico City are increasingly being drawn into involvement in violent crimes. They live in cramped hotel rooms, several to a room, hidden from the view or access of outreach workers in dangerous, inaccessible conditions. The hidden nature of many girls’ lives is one of the greatest risks to their safety, and one of the greatest obstacles to them being able to access help from the organisations which Amos supports.

Girls are often on the streets for a very short time before being offered shelter by someone looking to exploit them for domestic labour or commercial sex work. They become collateral for gangs, pimps, ‘boyfriends’ or employers, meaning that outreach workers have to navigate another layer of obstacles  as they try to build a relationship to help a girl to change her situation.

Girls are often on the streets for a very short time before being offered shelter by someone looking to exploit them for domestic labour or commercial sex work.

Mexico is one of eight countries that will be represented in October this year at a conference Amos is hosting, for women dedicating their lives to working with girls on the streets. Joining Mexico and Amos’ four partners from Burundi, Tanzania, South Africa and India, will be project workers from Kenya, Egypt and the USA. Amos has been building links and relationships with these four additional organisations to widen this conversation — drawing upon women workers’ knowledge from many cities around the world.

It can be tempting to imagine that these injustices are only experienced by girls on the streets of poorer countries. In San Francisco, the team at the Young Women’s Freedom Center support girls and young women surviving on the streets, going through the US criminal justice system or involved in commercial sex work.

Despite being in a supposed ‘land of opportunity’ such as America — a country which appears worlds away from the streets of Mwanza in Tanzania — girls on the streets share the same realities and injustices worldwide. 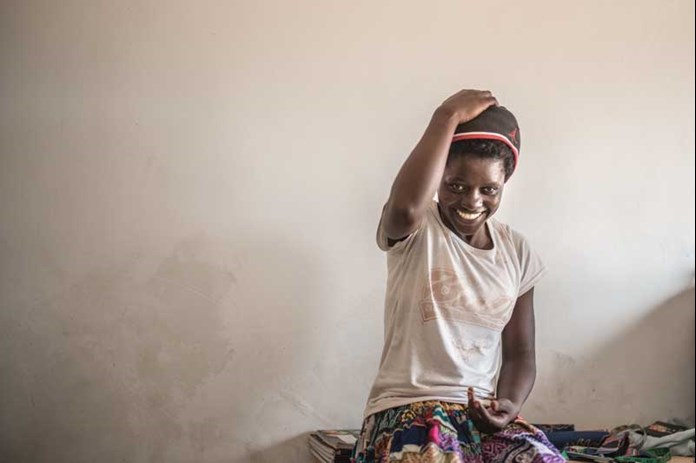 A young woman who runs her own clothes-altering micro-business in Mwanza, Tanzania as part of Cheka Sana's long-term group work with teenage girls and young women. © Amos Trust/Tom Merilion.

From San Francisco to South Africa, girls who find themselves with nowhere to turn but the streets are routinely blamed for their circumstances and shame defines their self-identity. Society largely depicts these girls as liars, manipulators, addicts and prostitutes, as being ‘other than us’, to be looked down upon; it is their own fault they are where they are.

The immediate response is to ignore and belittle their voices and those of the women who stand up for them. Liz, from Kenya, shared that: “sometimes we are scared to try new things out. We may feel girls are too delicate. And we hold the issues faced by girls so close to us, as we can relate so much. It often gets overwhelming.”

From San Francisco to South Africa, girls who find themselves with nowhere to turn but the streets are routinely blamed for their circumstances and shame defines their self-identity.

We are tired of the narratives that define girls on the street as “too hard to reach”, that dismiss their pain and experiences.

Although the situations that girls on the streets face are often universal, many of the responses need to be more culturally specific. Learning from others’ work often sharpens focus on our own, and encouragement builds when we step away from our daily challenges and can see that others, all over the world, are facing the same challenges with us.

The women coming to the conference are women who lead work with girls in juvenile prisons in Kenya; who are the only female outreach worker in a team of men; who support girls through the night when they arrive at the transitional shelter in Cairo; who fight for the rights and dignity of young mothers on the streets in San Francisco; who teach self-defence to sex workers in Tanzania and who champion an Indian girl’s right to her education instead of an illegal early marriage.

Although the situations that girls on the streets face are often universal, many of the responses need to be more culturally specific.

These women are rallying daily against the injustices experienced by girls on the streets. We believe that small movements can lead to big transformations and that the conversations that will happen between these women in October are just the beginning.

Amos will be journeying with them, the organisations they work with and the girls they support over the coming years. Looking beyond our conference in October, we will be investing in developing the work that will have the biggest impact on the lives of girls on the streets. This will mean continuing to support peer-learning between women workers, encouraging them as they try out new approaches, and ensuring that the girls themselves are equal partners with the women in this work.

This will be complicated given the complexities of girls’ lives and the reasons they have come to the streets. But it is important for us to remember, as Arundhati Roy put it, “to never simplify what is complicated or complicate what is simple. To respect strength, never power. Above all, to watch. To try and understand.  To never look away. And never, never to forget.”

In lots of ways, this year is a great one to kick off a campaign for girls’ and women’s rights. The centenary of women’s suffrage in the UK has amplified discussions of women’s equality. But On Her Terms is a road stretching out beyond 2018, and there is hope ahead. Women like Sofia in Mexico City, though sometimes overwhelmed with the enormity of the challenges they face in their work, remain resilient and hopeful too.

Hope is found in the small successes, the steps girls take towards building trusting relationships after so much trauma, and the way that the women’s commitment models a new reality to them, where love and trust can be a part of their futures.

In lots of ways, this year is a great one to kick off a campaign for girls’ and women’s rights. The centenary of women’s suffrage in the UK has amplified discussions of women’s equality.

Get to know these women better at Amos Day: Remain in Light, on Saturday 29th September, when they will all be in the UK with us. And get behind On Her Terms in other ways. We are delighted that people here in the UK are already getting involved and showing their support.

One woman is hosting a dinner party to share stories of the campaign, another is all set to run the Royal Parks Half Marathon to raise vital funds. So whether you would like to run a marathon, host a dinner, have a book or clothes swap, a quiz night or an art exhibition, we would love you to get creative and work together to get more people involved. Please email katie@amostrust.org to chat through your ideas.

Find out more about Amos’ On Her Terms campaign.