Rebuilding demolished homes in the West Bank is a powerful challenge to injustice and a profound act of solidarity. 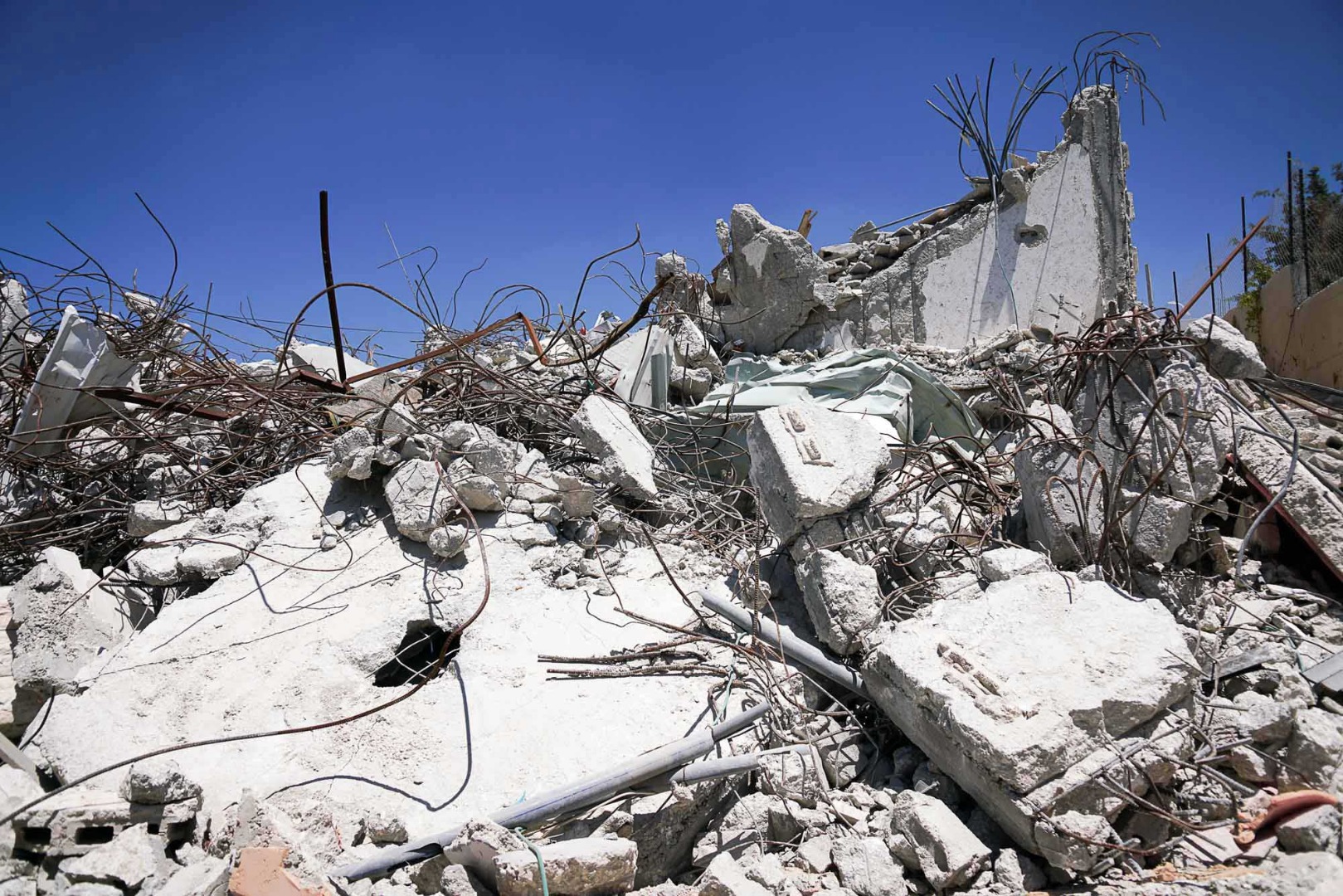 For the last 10 years, Amos Trust has been rebuilding Palestinian homes that have been destroyed by the Israeli Defence Force (IDF).

These homes are all on the West Bank, on land owned by Palestinians, which was either annexed by Israel in 1967 to form part of Greater Jerusalem or is in Area C, which represents over 60% of the West Bank under the Oslo Accords and comes under full Israeli control.

In both of these areas, it is almost impossible for Palestinians to build on their own land with over 98% of permit applications refused by Israel. The consequence of this is that these families have no choice but to build without permission. At the same time, Israel is pressing on with its settlement expansion plans across the West Bank. Since 1967, Israel has authorised settlement housing for over 750,000 Jewish Israelis in the West Bank and East Jerusalem — which is a clear breach of international law. 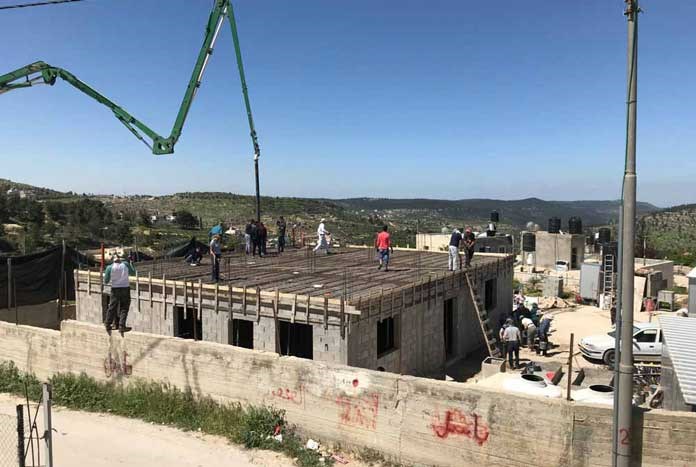 While Israel justifies the demolition of Palestinian homes — through lack of building permits, or as they pose a ‘security threat’, the reality is very different. Home demolitions are more typically used to pave the way for Israel’s matrix of control (the settlements, Israeli by-pass roads, the Separation Wall), and to make it apparent to Palestinians that the land is wanted without its indigenous Palestinian population.

Over the last two years, the incidence of home and property destruction by the IDF has risen to some of the highest levels seen in the last 20 years. There have also been concerted efforts to evict Palestinians living in East Jerusalem, especially in the Sheik Jarrah and Silwan areas, as well as large settlement expansion. It has become harder for Palestinians to build in Area C and East Jerusalem with the introduction of new legislative frameworks to speed up the demolition process which penalises those trying to build.

The greatest impact of all is upon the families whose homes are destroyed and the thousands of others who have been served a demolition order.

Our house was demolished on 4 September 2018. It was not just the demolition of a house built with stones, but the demolition of every hope and dream built with every stone. Nothing is harder than being here and not being able to do anything — to see 400 soldiers and three bulldozers demolishing your home in the middle of the night without any reason. Nothing is harder than that.” Lola – whose home was rebuilt by Amos Trust and Holy Land Trust in 2019 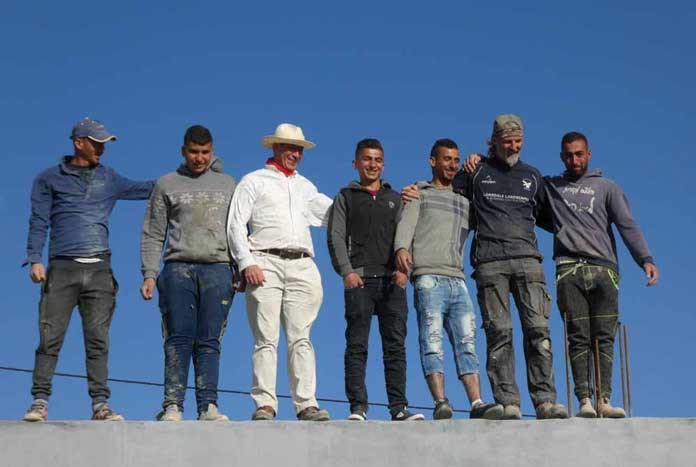 Up On The Roof: Palestinian builders and volunteers from the UK standing on top of a rebuilt home in the West Bank.
— — — — — — —

More than 100 Amos volunteers have raised funds and travelled to the West Bank to provide the labour to rebuild these homes. These volunteers work alongside local builders and are warmly welcomed by the community. But it is not a task taken lightly — hearing the stories from the families, and bringing them back to share is a serious responsibility which has inspired many, many more to give and to lobby their MP’s when other houses have been threatened.

The six homes we have built are still standing, although none of them are safe from the injustice and threats of the Occupation. Our partners Holy Land Trust and HIRN work closely with local lawyers to preserve the houses and to obstruct and delay the threats of demolition.

We are committed to rebuilding Palestinian homes and to creating facts on the ground, even when there are so many barriers that seek to prevent this from happening — even when the cost for all those involved can be so high, but as Lolo said, “When I saw the new house, I thought that’s my home, just like a dream. Beautiful.”
— — — — — — —