“For us, it has always been very straightforward, if a government refuses to acknowledge international law and to deny basic human rights, then we have to pursue the non-violent means available to us – to challenge this situation. BDS reflects one of these tools.” Amos Director Chris Rose writes about the call to support Boycott, Divestment & Sanctions against Israel. 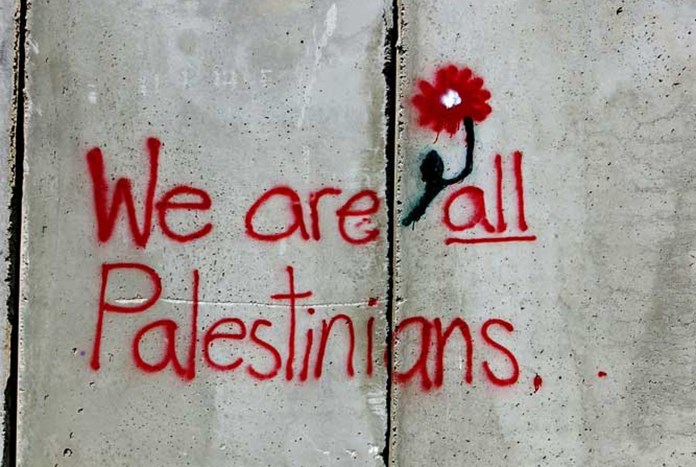 Amos Trust has supported the call for Boycott, Divestment and Sanctions since 2005. 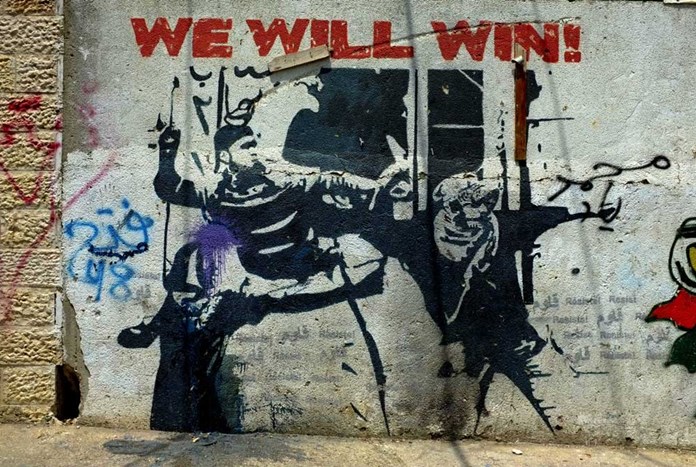 We have been asked by the victims of the ongoing Occupation to pursue the BDS call and we should consider very carefully why we would not do so.

“We are not trying to bring Israel to its knees, but to its senses.” Zoughbi Zoughbi

We have supported the BDS call since the Palestinian Call for Boycott, Divestment and Sanctions (BDS) against Israel was first launched in July 2005.

We initially did this through IMRI, the Interfaith Group for Morally Responsible Investment, then through Just Peace for Palestine and more recently through Kairos Britain. For us, it has always been very straightforward, if a government refuses to acknowledge international law and to deny basic human rights, then we have to pursue the non-violent means available to us to challenge the situation. BDS is one of these tools.

If, as in this case, we have been asked by the victims of the ongoing Occupation to pursue this call, then we should consider very carefully why we would not do so. Those who disagree will often say that it harms the people who are suffering most, but if the #metoo campaign teaches us nothing else, it is that we need to listen and to courageously take the stand we are being asked to take.

BDS is often defined as a left-wing tool, yet both boycott and divestment are about consumer choice – about what we want to buy and about how we choose the services or investments made in our name.

People also talk about it being another form of anti-semitic attack on Israel and that we wish to de-legitimise Israel. I think that Zoughbi’s quote most eloquently answers this.

The recent action by the Israeli government to ban entry into Israel of staff from 20 organisations, is not calculated to silence these groups' call for BDS; but to create the means to discredit them and to put off other organisations from echoing their call.

It is aimed at the International non-government organisations (INGOs) who fund vital programmes in Israel and Palestine and who need to visit and carry out monitoring and evaluation of these programmes. They have to decide if it will stop them from speaking out or whether they can perform these responsibilities in another way (which is far from easy). If it does prevent them from speaking out then it will have worked.

It is also aimed at organisations that take people to visit Palestine, to discourage them from recommending BDS to those who want to take action when they return. It may also give churches that are considering supporting BDS, a further reason not to. It's why the work of Kairos Britain on divestment is particularly important.

So, we have to decide how we respond. Last year BDS was not front and centre of our Just Walk to Jerusalem project because the apology was more important, but it was and is central to how we demonstrate solidarity and call for full equal rights.

Amos will, therefore, continue to support BDS and to be proud to work alongside PSC, War On Want and Friends of Al Aqsa. We, like them, expect at some stage to be banned from travelling to Israel, but this is nothing new. It is the reality that so many Palestinian refugees have had to live with for the last 70 years. Their desire to go to their families’ homes far outstrips any need we may have to go to Israel or Palestine.

People often describe Boycott as being contentious and left-wing (as if that was bad), but it is actually about consumer choice and we do it all the time. We choose what we will buy and what we will not buy. I don’t want to buy food grown in settlements or to buy products from companies that make money out of the building or the administration of the Separation Wall. To ask a rock band to consider carefully before deciding where they will play is not an affront, it's just the right call.

Divestment is simply a question of whether we want our pension or Local Authority funds to be invested in companies who profit from illegal activities or not – it’s as simple as that. Many of us would have ethical concerns about investments in companies who sell cigarettes, promote gambling or are involved in animal testing – making money from the occupation of another person’s land seems less contentious than these to me.

Sanctions are equally as straightforward. They are about us asking our government not to engage in certain aspects of business with another government on our behalf i.e. buying or selling weapons.