Once In A Lifetime

“Yesterday I phoned Croydon Council and asked if they’d declared a climate emergency. “I’m sorry,” said the frontline receptionist, “I’m not sure who you would need to speak to about that.” Joanna Bega, CEO of Child Rescue Nepal reports on Amos Trust and A Rocha UK’s first ever Climate Justice Summit in Cambridge in September. 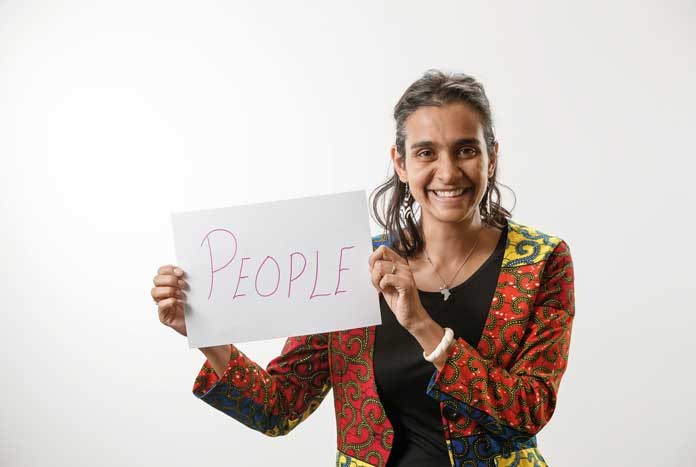 Lesley Perkins from The SEED Project joined us at Once In A Lifetime — an organisation which aims to help facilitate local resilience to ecological and economic changes. She spoke about how climate change has a massive impact on health inequalities globally.

Yesterday I phoned Croydon Council and asked if they’d declared a climate emergency. “I’m sorry,” said the frontline receptionist, “I’m not sure who you would need to speak to about that.”

Whether Croydon Council declares a climate emergency or not *, the facts are indisputable. In October 2018, the UN Secretary warned us that humanity and life on Earth now face a ‘direct existential threat.’

We were told that the world must act swiftly and robustly to keep global warming under 1.5C and try to avoid uttely catastrophic impacts to life on Earth. Furthermore, the UN Intergovernmental Panel on Climate Change (IPCC) reported that we only had 12 years left to prevent irreversible damage from the impact of climate change.

In response to this growing urgency, on 23-24 September, Amos Trust, in partnership with A Rocha UK, held its first ever Climate Justice summit in Cambridge — bringing together over 100 scientists, activists, artists and faith groups, it was a chance to see what others were doing and share strategies for hope and resilience in what can sometimes seem like a never-ending struggle.

Vital to the summit were voices from the global south — reports from those for whom the effects of climate change are already all too obvious. Dámaris E. Albuquerque from Amos partner CEPAD in Nicaragua shared how water shortages where she lives now mean that water is only available every 48 hours — “so people are learning to be resourceful.” she says.

...the UN Intergovernmental Panel on Climate Change (IPCC) reported that we only had 12 years left to prevent irreversible damage from the impact of climate change.

But Dámaris says she is lucky: “I know others who can only get water once a week.” Nicaragua is the second poorest country in the Western Hemisphere, marred by political instability, and, according to the 2017 Global Climate Risk Index, it is the fourth most at risk nation in the world due to changing climates.

Whilst the global north has huge responsibilities as the main contributor of emissions, it must get its own house in order rather than prescribing solutions for those facing the immediate consequences of climate change. Dámaris continues: “We have a saying, which is that only the person who walks in the shoe, knows how the shoe fits. We at CEPAD believe in supporting local communities in Nicaragua to identify and prioritise their own needs.” 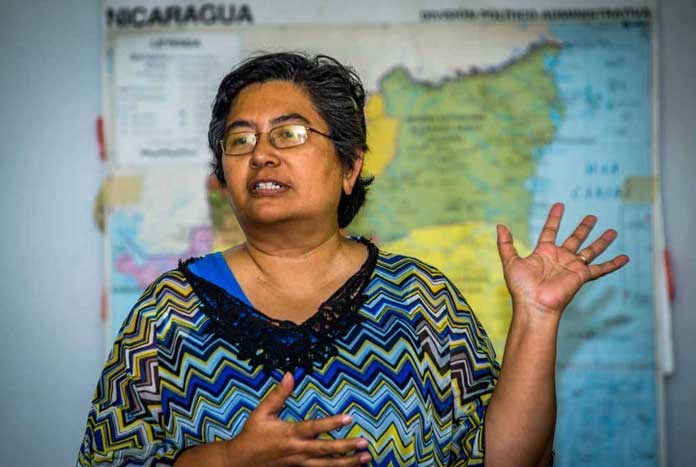 Dámaris E. Albuquerque from Amos Trust partner CEPAD in Nicaragua. “I know others who can only get water once a week.”

Environmental and gender justice writer Susan Buckingham told the conference how women in the global south are bearing the brunt of climate change through ‘natural’ disasters which exacerbate existing inequalities such as domestic and sexual violence and forced migration. However, women are frequently the ones in local communities who can bring in voices from the edge, unite people and lead quiet but effective movements for change.

When asked to name prominent female environmental champions, writer, broadcaster and Christian feminist Elaine Storkey replied: “It’s hard to single out particular names because as women, that is not how we operate. We work together as sisters, finding solidarity across faith groups.”

One of the most memorable sessions was when the stage was occupied by a group of young people. Passionate about the future of our planet, they shared their motivations. Sienna Sexton from Just Love Cambridge told us that she got involved, “out of an absolute love for the world and the people in it.

It’s hard to single out particular names because as women, that is not how we operate. We work together as sisters, finding solidarity across faith groups.” Elaine Storkey

It might seem that we are in the darkest place but the mobilisation of young people and the recent climate strikes have given me reason to hope.” Small group discussions revealed that whilst young people want to capitalise on the learning of seasoned campaigners, they didn’t trust older people to lead the movement. They themselves wanted to take up the baton and lead on the call for urgent action, as well as taking direct action. As Elaine Storkey said, “The children are not wearied — as we are — by the past.”

On day two, Dr Jonathan Chaplin from the Faculty of Divinity at Cambridge University articulated what many campaigners in the room were feeling when he said, “It is easy to get overwhelmed by the forces of the vested interests in the fossil fuel economy and cowardice in our political institutions. The inner forces of weariness and doubt can plunge our spirits into hopelessness.” He explained how faith and spirituality can be the wellsprings of hope that we need to keep going. 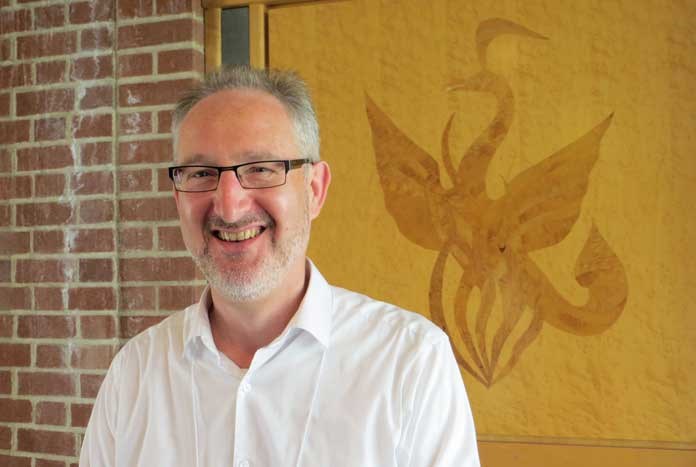 Dr. Jonathan Chaplin, independent researcher, writer on political theology and member of the Divinity Faculty of the University of Cambridge explained how faith and spirituality can be the wellsprings of hope that we need to keep going.

Chris Rose, Amos Trust Director added, “Spirituality sits within a long tradition of social movements. It was vital to not only fuel and maintain advocacy work but also to spark people into action in the anti-apartheid, civil rights & suffrage movements. Without a personal spirituality, activists become burnt out and may not sustain their involvement.”

If there was one theme that emerged strongly from the conference, it was that we must all work together. No faith group, pressure group or NGO can possibly tackle climate justice on their own. At the same time, it is vital that those most affected have a voice in the debate and development of future strategy — namely the global south, young people and women.

As Jenny Rosenberg, Head of Campaign Activism at Friends of the Earth said, “We need ‘movement generosity’. Our best hope of fixing climate change in the time left is to build a huge and diverse group of people-powered action strong enough to force the hands of governments.” The planet is facing its biggest crisis ever and with so much that needs to be done we can feel overwhelmed especially when we
feel so responsible.

However, we mustn’t confuse being culpable with being responsible. Most of us have not set the investment strategies of pension funds, or decided to maximise the extraction of fossil fuels or been responsible for promoting the misinformation of the climate change deniers.

We need ‘movement generosity’. Our best hope of fixing climate change in the time left is to build a huge and diverse group of people-powered action strong enough to force the hands of governments.” Jenny Rosenberg, Head of Campaign Activism at Friends of the Earth

So where does that leave us? Please visit amostrust.org/climate-actions to see some of the wide-range of actions you can take. We have to act and we need to start small and build from there. As we act we must also remind ourselves why we are doing it. We act out of a deep love for creation, in recognition of our
interconnectedness and for the sake of our children.

Footnote:
* As it happens — they did. On 8 July 2019, a ‘Climate Emergency’ was declared and ambitious targets were set to make Croydon the most sustainable London borough.

Please watch and share our short film ‘HOPE’ which was filmed during the Once In A Lifetime climate justice summit.