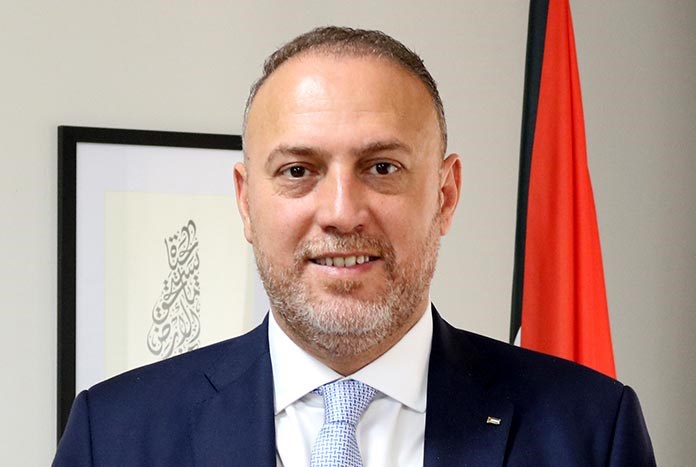 They spoke about UK Prime Minister Liz Truss's announcement at a meeting with acting Israeli Prime Minister Yair Lapid that she is considering relocating the British embassy in Israel from Tel Aviv to Jerusalem.

A spokesperson from her Downing Street office said in a statement, “The Prime Minister informed Prime Minister Lapid about her review of the current location of the British Embassy in Israel.”

“International law is very clear on the matter of Jerusalem.

United Nations Security Council Resolution 478 (1980) forbade the establishment of diplomatic missions in the city. That resolution has been cited often, among other times, in UNSCR 2334 (2016), which clearly and unequivocally condemned Israel’s settlement activities in the city.

The UK voted for both.

In 2017, the UN’s General Assembly convened in an emergency session to condemn news that the US was going to move its embassy. Overwhelmingly, the states of the world voted to reject such a move and stop others from replicating it. But, again, the UK voted in favour of UNGA resolution 11995.

Any change to the city’s status — holy to three religions — must be agreed upon with both sides and then endorsed by the UN. Those are the clear international rules.

Unilaterally moving the UK embassy from Tel Aviv to Jerusalem accedes to Israel’s illegitimate claim to all of the city, is done without Palestinian agreement and without the UN’s sanction:

Giving it to Israel or suggesting that you are willing to give it to Israel is tantamount to switching off the life-support on which the two-state outcome currently survives.”
— — — — — — —

At a time of mounting tension across the West Bank and when so much of Palestinian society sees little hope for the future, this further attacks their internationally recognised aspirations for full equal rights and the ability to determine their future.

Former Consul General to Jerusalem, Sir Vincent Fean, shared this letter on the Balfour Project website from two eminent Canadian lawyers explaining why this is such a wrong move.

James Cleverley, the newly appointed Secretary of State for Foreign, Commonwealth and Development Affairs, has extensive experience in the Middle East. Please consider writing to your MP and the Secretary of State condemning this proposed move.