Nicaragua and our Water For Life appeal, the fifth Amos home rebuild in Palestine, Karunalaya in India, a photo gallery from the Street Child Cricket World Cup, next year’s Tour of Palestine cycle ride, Once In A Lifetime and details of all next year’s trips and events. 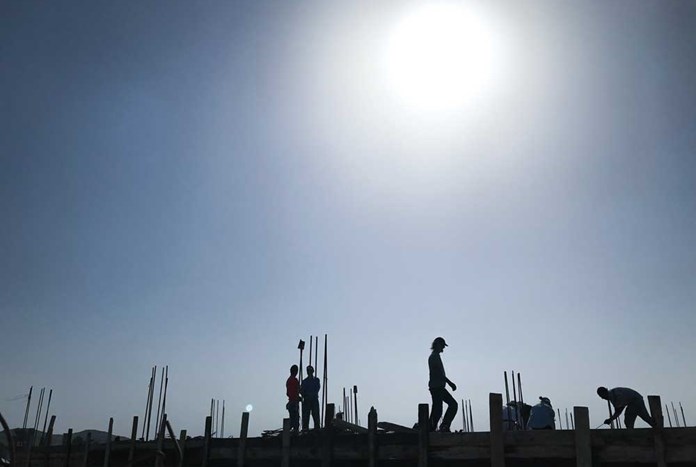 The latest edition of Words of Hope, the Amos Trust newspaper is now available as a free download. Below is the editorial from this edition.

The Summer 2019 edition of Words of Hope features articles covering the latest news from Nicaragua and our Water For Life appeal; the fifth Amos home rebuild in Palestine; news from our partner Karunalaya in India; a photo gallery from the Street Child Cricket World Cup; next year’s Tour of Palestine cycle ride; Once In A Lifetime, our climate justice summit that takes place in Cambridge in September as well as all next year’s trips and events.

Next year we will be releasing ‘Spaces of Hope’, the sequel to our Words of Hope book of creative writing which we published in 2016. The book’s title is named after a poem by Serbian poet, Ivan V Lalick. ‘Spaces of Hope’ will focus on Climate Justice and I hope will be a resource to nurture us for the long struggle ahead. It will speak of our fears, our doubts, our hopes and our belief in the world we want to come.

What has always amazed me about Garth’s [Garth Hewitt Amos’ Founder] concerts, is how he will tell the most heart breaking stories and sing of the bleakest situations and yet people leave uplifted and enthused. This is not some populist euphoria it is because somewhere in this — and I have no idea how it works — ‘deep is calling to deep’ and that has a profound effect.

Much of the content for ‘Spaces of Hope’ will be shaped by the recent Climate Justice summit that we hosted in Cambridge which contained articles, poems, reflections, prayers, quotes and words that we said together, drawn from a wide and unusual cross section of people, all reflected in Lalic’s poem.

I have experienced the spaces of hope,
The spaces of a moderate mercy.
The places which suddenly set
Into a random form…

A quarter-century ago: one space of hope.
Another, set somewhere in the future,
Is already destroying the void around it,…

In the spaces of hope light grows,
Free of charge, and voices are clearer.
Spaces of Hope — Ivan V. Lalic

I believe we have experienced these moments, even if at times we cannot recognise them, and they will appear again. Our calling at Amos is to step into the world we want to see — before it exists (often long before it exists); to trust that spaces of hope exist in the future that are ‘already destroying the void around them’, and to set about creating these spaces and celebrating them when we unexpectedly fall into them.

It is to believe that girls on the streets will live as they long to live; that Palestinians in Gaza will be free, and that rural farmers in Nicaragua will not live in fear for their children’s tomorrows.